Towleroad reader Todd Bird sent a letter to Stacey Allaster, Chairman and CEO of the WTA, calling on the organization to pull the sanctioning for the Kremlin Cup scheduled for October in Moscow. The letter was published by Sports Illustrated. 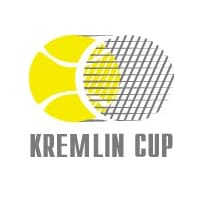 It bears repeating, especially given the fear of Russian tennis players to say anything about the country's anti-gay laws at the U.S. Open.

In light of the recent laws passed and subsequent atrocities being perpetrated against lesbian, gay, bisexual and transgendered (LGBT) people in Russia, I call upon the WTA and you as their CEO to take a stand and pull the sanctioning for the Kremlin Cup scheduled for October in Moscow.

The WTA bills itself as a global leader in professional sports and this is their chance to put their money where their mouth is, or more importantly, to take the money away and put the spotlight even brighter on the oppression of LGBT people by the Russian government. As an organization that has consistently been the pioneer for equality in sports world-wide, the WTA needs to stand up for the people who are demoralized, tormented, and silenced by fear of retribution. As the Winter Olympics approach, more attention is being focused on this issue, but it is becoming painfully obvious that the International Olympic Committee (IOC) is more interested in quashing the noise and buying into the rhetoric of the Russian government that LGBT athletes and fans of the Sochi Olympics will be "safe" so long as they keep quiet and don't cause a stir. But that is not enough. It appears they only want to ensure there will be no disruptions or stains on their signature event. The IOC (and so far the Olympic committees from other countries) does not appear to want to get their hands dirty with this issue. They may be condemning the law with their words, but turning a blind eye with their actions. And even if the words of the Russian government are true and no LGBT athletes or fans are in danger "that is only for two weeks." What about the other 50 weeks of the year? What about the rest of the country?

As the WTA heads to Moscow, what assurances do the players and fans have that they will not face fines, discrimination and persecution? As of today, there may not be an openly LGBT star on tour, but if Billie Jean King, Martina Navratilova, or Amelie Mauresmo were still playing, would the WTA feel comfortable sending them to the Kremlin Cup? Would the WTA ask Billie Jean to show up play and just keep her mouth shut? As a gay man and lifelong fan of women's tennis, I would not feel comfortable watching or supporting the event knowing what is happening to LGBT people throughout Russia. Why not move the event to a country that respects everyone's rights? While this may not rectify the problem, it will certainly bring additional media attention and hopefully action by tour sponsors. Most importantly, it shows the LGBT people of Russia and around the world that someone hears their voice and will help champion their cause.

Be the global leader you profess to be. Take the right stance for human rights for human dignity. Show the world that this type of discrimination and oppression is not acceptable and should not be tolerated. Be the pioneer the

WTA has always been and set the example for the IOC. Cause a stir!