Michelangelo Signorile reports that Olympic sponsors and the IOC could have stopped Russia's anti-gay law – and didn't: 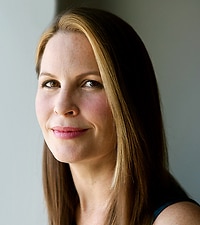 Human Rights Watch (HRW) notes that before Sochi was chosen for the 2014 games, the International Olympic Committee (IOC) and other stakeholders, including American multinational sponsors of the Winter Olympics, as well as NBC Universal, which has the broadcast contract, carefully tracked the path of the legislation, which is a clear violation of the Olympic Charter.

"This piece of legislation worked its way up through the legislative system," Minky Worden, HRW's Director of Global Initiatives, told me in an interview (listen to the full interview below). "The International Olympic Committee, the United States Olympic Committee, the so-called top corporate sponsors — Coca-Cola, McDonald's, Procter & Gamble — these companies all, as [HRW] did, tracked the progress of this law."

"And because it is so clearly in complete violation of the Olympic Charter," she continued, "it's also clear to us at Human Rights Watch that if any of the major Olympic stakeholders who have a hotline to the Kremlin — because the Olympics are very important to Putin personally, he has a deputy prime minister, [Dmitry] Kozak, who is tasked with making them come off perfectly — that if any of the Olympic stakeholders, the sponsors who are literally paying for the Games, or the International Olympic Committee, the U.S. Olympic Committee or the other Olympic committees, if they weighed in on this, I don't think this law would have been signed by Putin or passed by the Duma. If they had leaned on [Russia] before the law was signed, it would not have been signed. That is absolutely true."

Listen to Signorile's interview with Worden, AFTER THE JUMP…

Previous Post: « NBC Assures Gay Employees of Their Safety in Sochi as Network Shuns Coverage of Anti-Gay Laws
Next Post: Nebraska School Superintendent Allegedly Fired For Performing In “The Producers” »