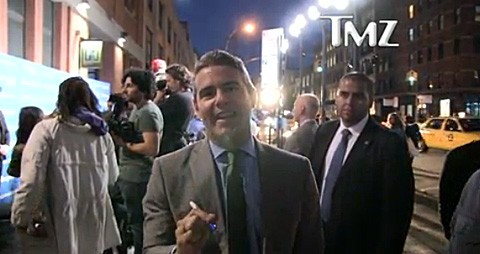 "Dude, Sean Avery is straight. Do you understand that? So a gay guy and a straight guy should be able to be friends without you asking me if we're engaged, right? Very, very straight. Listen, I'd be happy if Sean and I were bangin … but it's not [happening]."

The questioning has arisen following the publication of a pictorial narrative pieced together by gossip site The Fame Driven in early September, which posited that close friends Cohen and Avery were secretly engaged.

In related news, Cohen appears with another famous friend to whom he's not engaged, Sarah Jessica Parker, on the forthcoming premiere issue of the new quarterly glossy FourTwoNine, which hits newsstands on October 1st.

The new publication is edited by Kevin Sessums, a good friend of ours here at Towleroad and our former theatre critic.

We wish Sessums, who moved out to San Francisco to helm the magazine, the best of luck with it. 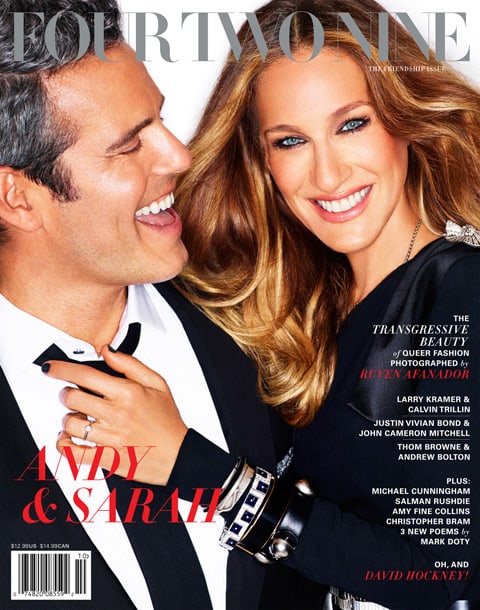