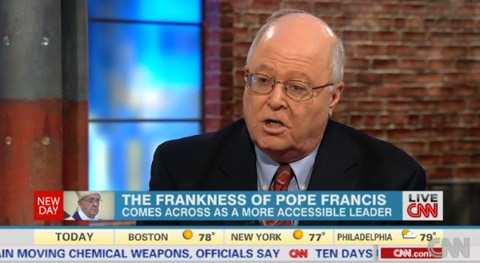 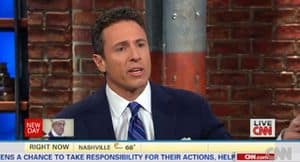 Cuomo said, “You have bashed on these issues for years and years. Most infamously, recently, saying that the Church had a homosexual problem, not a pedophile problem. I mean really incendiary, flagrant, divisive stuff…. You’re saying you won’t do that anymore?”Donohue replied, “Oh no, I will always tell the truth –““Well, that wasn’t the truth,” Cuomo countered.“If 81% of the victims are male and 100% of the victimizers are male, and if 78% of the victims are post-pubescent, the word in the English language is not pedophilia, it’s called homosexuality,” Donohue said. When Donohue asked Cuomo if he thinks he “made up those figures,” Cuomo replied, “I think you’re parsing them, I think you’re cherry-picking them and I think that the most important part is your motivation. You just heard what the Pope said. Why wouldn’t you try to move past this parsing rhetoric and try to be what your church is supposed to be about?”

Previous Post: « Five Ways This Sunday’s Emmy Awards May Surprise You
Next Post: Do You Think That I’m Gay? — VIDEO »