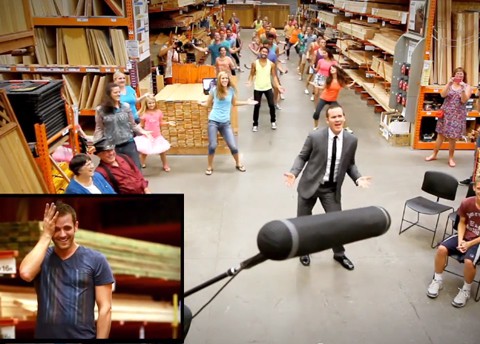 Not your normal trip to the hardware store:

Dustin arrived at the Home Depot in Salt Lake City thinking he was there to help his roommate pick out some lighting for a party. When he was taken to the lumber aisle, what he found waiting for him was a mob of friends and family as his marriage proposal unfolded to the song, "Somebody Loves You" by Betty Who. 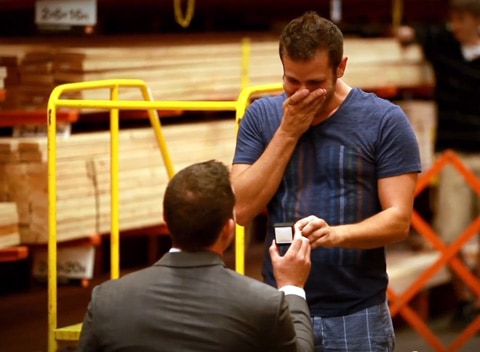