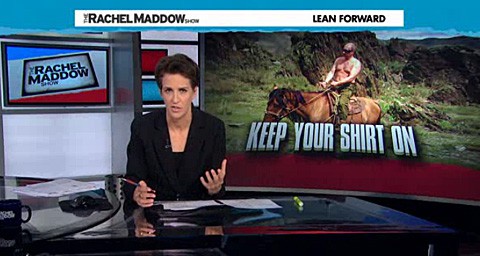 Rachel Maddow takes a look at the sudden crush conservatives and anti-gay "pro-family" groups have on Russian President Vladimir Putin.

"It’s one thing for the right to fall in love with its own politicians, to make Reagan a saint, Sarah Palin their own collective girlfriend, but the president of Russia, he is not that into you. Seriously, I know you guys hate President Obama, so it feels good to have a man-crush on somebody else, but this guy is the president of Russia. Zip it up, you guys, seriously. Have some respect."