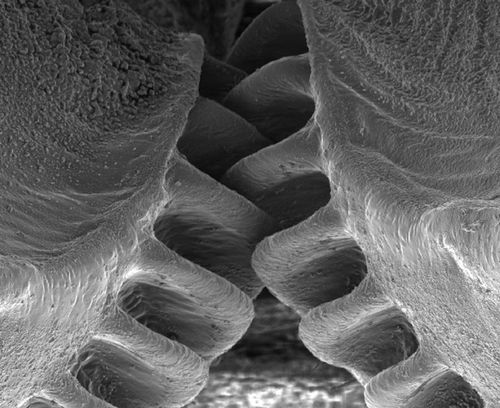 Scientists have discovered an insect which possesses something they've never seen before: its own mechanical gears. 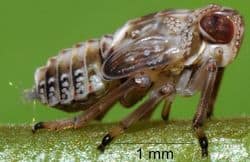 To the best of our knowledge, the mechanical gear—evenly-sized teeth cut into two different rotating surfaces to lock them together as they turn—was invented sometime around 300 B.C.E. by Greek mechanics who lived in Alexandria. In the centuries since, the simple concept has become a keystone of modern technology, enabling all sorts of machinery and vehicles, including cars and bicycles.

As it turns out, though, a three-millimeter long hopping insect known as Issus coleoptratus beat us to this invention. Malcolm Burrows and Gregory Sutton, a pair of biologists from the University of Cambridge in the U.K., discovered that juveniles of the species have an intricate gearing system that locks their back legs together, allowing both appendages to rotate at the exact same instant, causing the tiny creatures jump forward.

The finding, which was published today in Science, is believed to be the first functional gearing system ever discovered in nature.

Watch how it all works, AFTER THE JUMP…