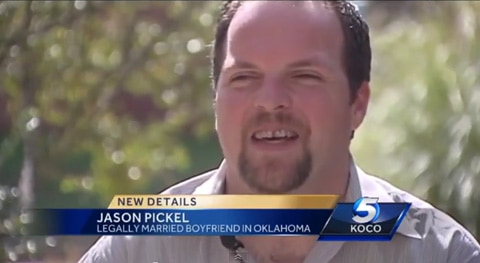 Jason Pickel and Darren Black Bear are the first gay couple married legally in the state of Oklahoma, KOCO reports: 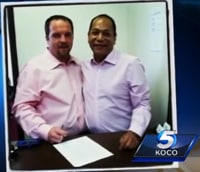 “That's the biggest trip I've had so far,” said Pickel. “I'm not even sure how to even react.  I'm very excited about getting married.  It's been eight and a half years."

For the past five years, Jason's wanted to marry boyfriend Darren Black Bear. The two even planned a trip to Iowa, a state that recognizes same-sex marriage. But when the Supreme Court struck down the Defense of Marriage Act last June, Pickel had an idea. He called the Cheyenne and Arapaho Tribe's courthouse and asked a simple question.

"I was really expecting a big no,” said Pickel. “I thought we're on our way to Iowa, but I called the tribe and they said, 'Yeah come on down, it's twenty bucks.'"

Twenty dollars for what no amount of money could buy in Oklahoma — a marriage license made legal by the tribal code. Its requirements, both people be of Native American descent and live within the tribe's jurisdiction. Nowhere does it specify gender. 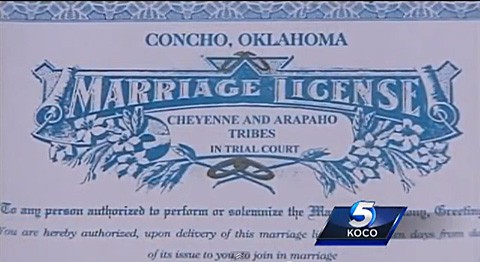