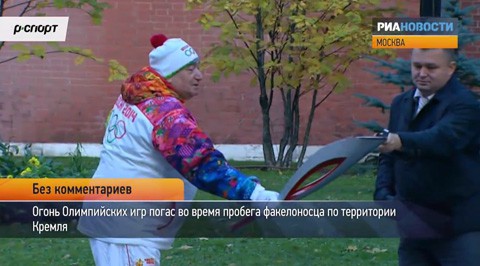 The Olympic flame made it to Moscow but in a moment of metaphorical madness, it went out just as it reached the Kremlin.

The torch was being carried by former Russian world swimming champion Shavarsh Karapetyan who appeared mildly panicked as he ran through a gate and saw the torch go out. An unidentified man relit the torch with a cigarette lighter