Doug Ireland, a gay journalist whose work we have referenced here numerous times over the years, died over the weekend, Gay City News reports: 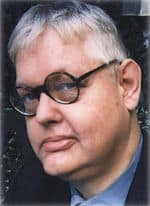 Doug Ireland, a journalist and activist who came of age in the New Left politics of the 1960s and whose interests and professional pursuits ranged from foreign and domestic politics to literature and philosophy, died in his East Village home on October 26.

He was 67 years old, and, according to his longtime friend Valerie Goodman, had suffered in recent years from the after-effects of childhood polio and from diabetes and severe sciatica. Though no cause of death has yet been established, Ireland had at least two major strokes over the past several years…

…Despite chronic, at times debilitating pain and frequent hospitalizations, Ireland remained a dogged reporter and book critic in recent years, writing articles for nearly every issue of Gay City News –– where he has been the international contributing editor –– since mid-2005 and also reporting on American politics for French-language publications in France.

Our thoughts go out to his friends and family.