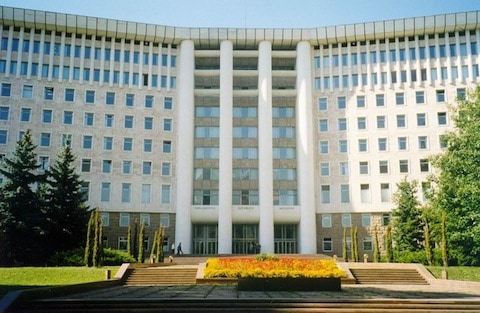 Last June Moldova passed a law banning the promotion of "relationships than those linked to marriage and the family" to children, a bit of legislation that was strongly supported and promoted by the Orthodox Church. However, the country is trying to secure membership in the European Union and lawmakers figured that following in the footsteps of Russia was probably not the best method to achieve that goal. Yesterday, the Moldovan government overturned the ban of promoting homosexuality to minors.

Moscow opposed the decision, as did many Orthodox Christians, dozens of whom gathered outside the parliament building to protest and tried to prevent lawmakers from entering. "Today they are allowing this propaganda and tomorrow they will allow gay marriages," said priest Ghenadie Valuta.

One can only hope.