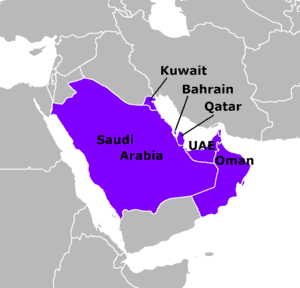 Routine medical examinations conducted on visitors to a group of Middle Eastern nations known as the the Gulf Cooperation Countries (GCC) may be used to "detect" gays, Gulf News reports, citing a senior Kuwaiti official:

“Health centres conduct the routine medical check to assess the health of the expatriates when they come into the GCC countries,” he said. “However, we will take stricter measures that will help us detect gays who will be then barred from entering Kuwait or any of the GCC member states,” he said, quoted by local daily Al Rai on Monday.

In Bahrain, lawmakers, wary of the growing number of gays coming into the country, had pushed for a crackdown, including the adoption of tougher immigration measures and prompt deportations.

According to Yousuf Mindkar, Kuwait's director of public health, a GCC committee will consider the move on a meeting in mid-November.  Sexual acts between members of the same sex is prohibited in the GCC countries, and prison times in Kuwait in particular can be up to 10 years if any of the participants are younger than 21.

Two years ago, 127 gay men were arrested in Bahrain for what authorities called a "depraved and decadent" party.  Earlier this year, a 39-country poll conducted by the Pew Research Center found the Middle East to be the most intolerant region in the world towards gays and lesbians, along with sub-Saharan Africa.  In addition, the report found slim evidence that attitudes in the region were shifting towards increased tolerance.