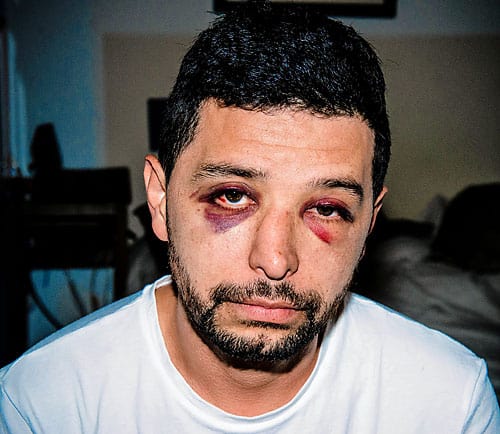 David Jimenez tells the Brooklyn Paper that he was beaten in an anti-gay hate crime last Thursday morning:

David Jimenez, who lives around the block from the attack, said he had just escorted some friends to catch a cab and was walking his dogs when he passed a group of men hanging out on the stoop of a building on S. Third Street between Bedford Avenue and Berry Street.

Someone started screaming, ‘Hey you, f—–,” said Jimenez. “I turned around and gave him a look like, ‘What the hell?’ and the next thing I know the guy starts punching me in the face.”

Jimenez said he tried to defend himself, but could not because he was struggling to hold on to his dogs’ leashes.

A 35-year-old man has been arrested in the attack and charged with assault, criminal possession of a controlled substance, and resisting arrest.

Jimenez hopes that the NYPD will add 'hate crime' to that list of charges.