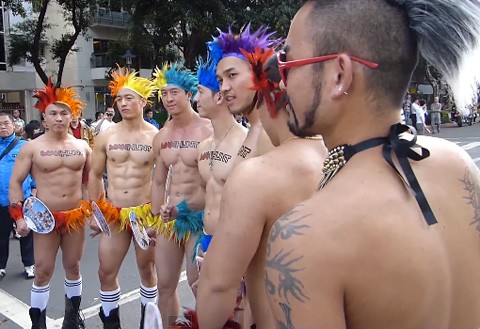 Tens of thousands marched in an LGBT Pride celebration in Taipei, Taiwan on Saturday pushing for equal rights, Reuters reports: 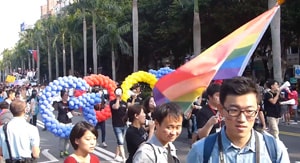 Taiwan's legislature on Friday began a review of a gay marriage bill, which has the support of 53 percent of the public, according to a recent opinion poll, though acceptance of a gay family member remains low.

"Chinese families are still very traditional," said Jennifer Lu of the counselling group Taiwan Tongzhi Hotline Association and one of the hosts on the centre stage. "People still emphasise having an heir and passing on the family name."

On a cool autumn day, the 11th annual parade was marked by colourful costumes, plenty of exposed skin, musical performances and vendors lining the route to and from the city hall.

Spokeswoman Meico Tsai praised the liberal attitudes that have put Taiwan far ahead of its neighbours in terms of tolerance of gays. "Compared to other Asian countries, we're more open, but we still have a long way to go," she said.

Watch videos of the march, AFTER THE JUMP…