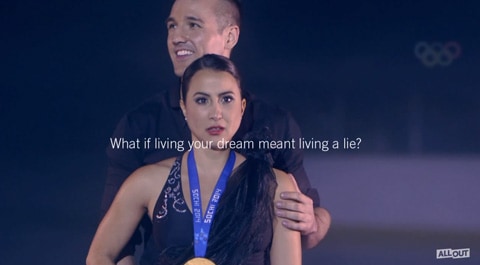 In late October we published a behind-the-scenes teaser for a new film being released by the activist group AllOut to raise awareness about Russia's anti-gay laws and shine a light on the pain that discrimination against LGBT causes athletes. 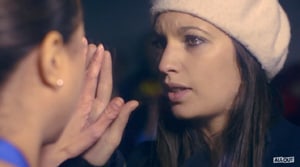 The clip, which is part of their new #LoveAlwaysWins campaign is out today, and it's amazing.

It's directed by Mike Buonaiuto, who directed the "Invisible Parents" campaign for AllOut about the inequality of gay families, as well as "Homecoming", the touching independent short film from the UK's Coalition for Equal Marriage about a gay military homecoming.

"Russia’s law makes it unclear whether public displays of affection, coming out on television by mentioning an athlete’s loved one, or even hugging your partner after winning the gold medal could result in fines or deportation. Putin would like us to think gays and lesbians are welcome during the Olympics, but no one will feel safe and welcome while this law is in place. It’s not too late. China made serious concessions ahead of Beijing to ensure the 2008 Olympic Games were consistent with international standards and Russia should not be exempt from doing the same. Russia must overturn the law before the Winter Olympics.”