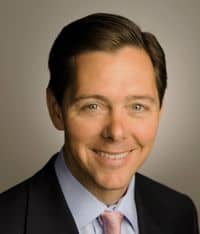 What its supporters call the Employment Non-Discrimination Act, or ENDA, should really be labeled the "Trial Lawyers Full Employment Act." It burdens any business with 15 or more employees with new threats of litigation, frivolous law suits and additional compliance costs.

I oppose workplace discrimination in all its ugly forms and believe in respecting the individual's essential dignity. I have worked with and hired gay employees my entire career. But ENDA criminalizes hiring and promotion based on the subjective criteria of sexual orientation and gender identity — an often fluid standard that can be known only by violating an employee's right to privacy. Employers, including schools, would be required to allow men to show up for work dressed as women, or women as men. Personal objections aside, this is an unnecessary disruption of the workplace.

It is also a dagger aimed at the heart of religious freedom for millions of Americans. The bill's so-called religious exemption is vague and inadequate. Based on previous court rulings, faith-based charities may be subject to harassment and junk lawsuits.

Despite Reed's religious freedom claims, ENDA actually has a broad religious exemption as currently written — too broad for some LGBT activist groups.

Previous Post: « Stunning, Emotional Video Presses the IOC to Condemn Anti-Gay Discrimination in Russia: VIDEO
Next Post: Hawaii Police Union Chief: ‘You Will Have to Kill Me’ Before I Respect Gay Marriage – VIDEO »