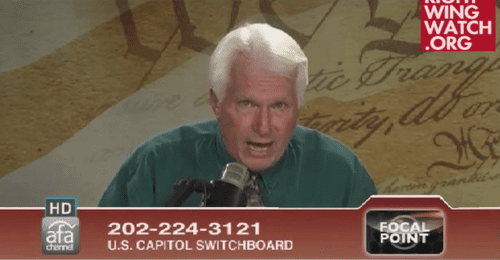 American Family Association spokeshater Bryan Fischer devoted much of his radio broadcast today railing against the Employment Non-Discrimination Act, calling it "The Jerry Sandusky Pedophile Protection Act" and saying it would prevent society from discriminating against "aberrant deviant sexual behavior" and those who practice it.

Right Wing Watch reports that Fischer "laughably went on to claim that ENDA grants special rights to gays, saying that 'there's no protection in here for heterosexuals, none whatsoever….they get no legal protections in the law.' Apparently Fisher doesn't realize that ENDA would make it illegal to fire someone based on sexual orientation…and being straight is also considered to be a 'sexual orientation.'"