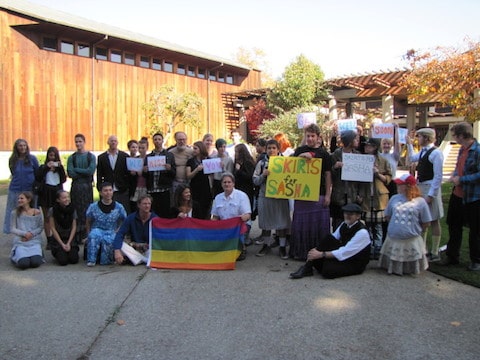 The classmates of Luke "Sasha" Fleischman, the Oakland 18-year-old who was set on fire on Monday by a homophobic teen, as well as some of the staff of Maybeck High School in Berkeley showed solidarity for the recovering student by showing up for school on Friday in skirts. 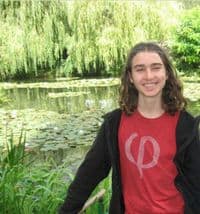 According to other students, skirts were the article of clothing that Fleischman typically enjoyed wearing as a part of his "agender" orientation – that is, he doesn't identify on the male/female gender binary – as well as being the clothing he was wearing that prompted the attack.

In addition to donning Fleischman's favorite attire, the school planned to have a photo shoot on Friday during lunch of everyone in their skirs – or kilts, or sarongs, or lava-lavas – that would be then sent to him in the hospital, where he is presently recovering from second- and third-degree burns along his legs that will require massive skin grafts.

16-year-old Richard Thomas of Oakland High School has been charged as an adult with hate crimes in the attack and has yet to enter a plea as the family takes the time granted them by a judge to hire a lawyer.