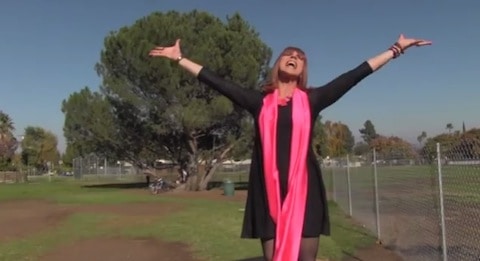 The Bronx's Cardinal Spellman High School had originally scheduled a talk to be held on Tuesday night about the Catholic group Courage, which teaches gay teens to be ashamed of themselves and lead chaste lives to deal with same-sex attraction.

The guest speaker was to be Father Donald Timone, a priest who treats homosexuals like addicts in 12-step recovery programs, until the school's alumnus Miss Coco Peru got wind of it.

Using the power of social media, Coco spread the word that her school was hosting a homophobic lecturer to discuss gay issues. The resulting backlash from the public and other alumni caused the talk to be canceled, though school President Father Trevor Nicholls says that the issue is far from over and that Timone will likely be invited back after discussion with the school's board of trustees.

However, Father Nicholls may not have as easy of a time with the board as he imagines, as staff at the school have remarked that upset alumni could undermine funding, particularly given the pope's recent declarations that issues such as homosexuality are ones that Catholics should move beyond.

A video of the news report (warning: autoplay), as well as Coco discussing the incident and singing a cover of Nina Simone's "Feeling Good" can be seen AFTER THE JUMP…