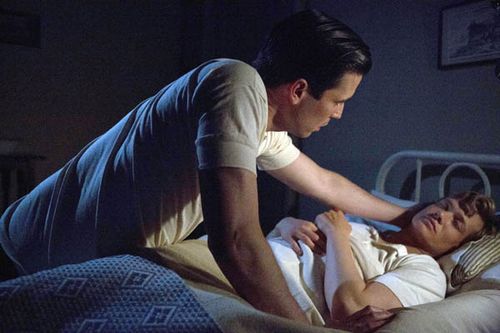 British TV presenter Jonathan Ross spoke with Downton Abbey footman Rob James-Collier about his gay storyline on the series, and asked if he found kissing men harder than kissing women on screen.

"I found it easier.The way I was thinking was that if you kiss a girl you worry about: 1) How big her boyfriend is; 2) Is he in the building watching and is he going to kick the s**t out of you?; and 3) What is my missus going to think of it? So we went to the BFI for a big unveiling on the cinema screen, and the missus knew it (the kiss) was coming, and we were all sitting watching it and I thought 'Nice one, she can't accuse me of anything', and the missus turned to me and said 'You've never kissed me like that'."