Nick, a freshman at Kennesaw State University, was kicked out of his family's home in mid-October after his father and step-mother found out that he is bisexual. Left without a car, and with very few possessions (which his family threw onto the front yard while he was at work), Nick is now on the mend, having been taken in by a work relation, Steve Bevers. Bevers set up a crowd-funding page on GoFundMe to help Nick pay for a place of his own as well as a car that would allow him to get back and forth from his college. 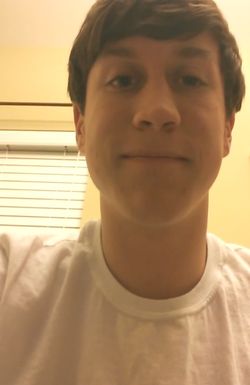 HuffPost reports on the effort:

"When I heard about what happened to Nick I was flabbergasted," Bevers said in a statement to The Huffington Post. "I couldn't understand how a parent could do that. While I'm sure there are multiple sides to the story, I just was amazed. I was hurt. The first thing I asked was, 'Does he need a place to stay? Does he need some money?'"

According to a statement on the GoFundMe page, Bevers believes, "[Nick] has felt that the people most responsible for loving and protecting him through anything have turned their backs and don't care where he's sleeping, or how he's going to feed himself." He added, "We're working to show Nick that he is loved, even by strangers. That the horrible acts of some people will not be enough to stop him, and that with the help of people everywhere, he can get through this."

Nick uploaded several videos over the past couple of weeks thanking those who have donated and telling his story. He has said that he is working on registering for his spring semester and plans to buy a car with the donated funds. Both Nick and Bevers have expressed their awe at the kindness of strangers.

In response to the already incredible success of the GoFundMe campaign, Bevers told The Huffington Post, "[I am] absolutely blown away. Amazed, humbled, and once again, I had my faith in humanity restored. Bad things happen — that will always be the truth. But what this showed me is that people want to help. People want to give, and to trust."

Watch Nick tell his story, AFTER THE JUMP…