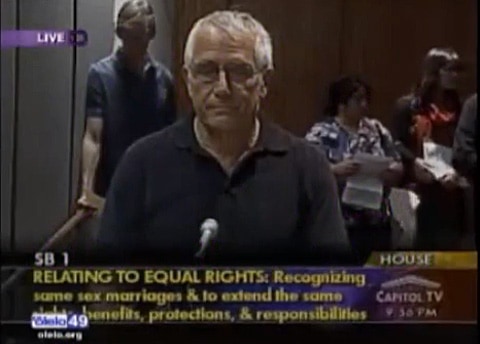 Hamer, who has a PhD from Harvard in molecular biology and is an expert in biotechnology, AIDS prevention, and the genetics of human behavior including sexual orientation and spirituality, told the panel that the scientific community has concluded that sexual orientation is "a deeply ingrained innate trait with strong genetic and biological roots."

"So gay people no more choose their sexual orientation than do heterosexual people," Hamer explained, "It's part of all of our makeup."

A lawmaker then asked Hamer to put his testimony in layman's terms.

Wingnut McDermott then picks up the microphone and tries to challenge Hamer's credentials, finally demanding an explanation for the "rampant homosexuality" in the time of the Spartans, Roman Empire, and Alexander the Great.

"Did they all have a genetic deviation?" McDermott asked

Sassed Hamer, prompting gales of laughter from the room: "Oh dear, you're confusing molecular science with ancient history. Those are different fields, actually." 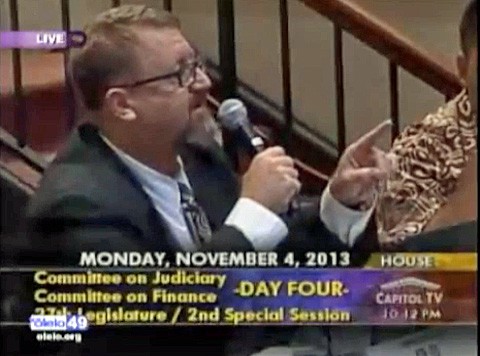 Previous Post: « Illinois Infographic: Marriage Equality’s Effect on the State and Nation
Next Post: Stephen Amell: Gay Fans ‘Can Hit on Me if They Want To’ — VIDEO »