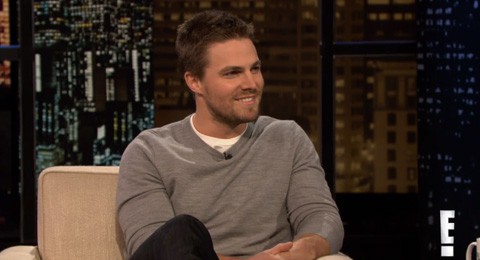 Stephen Amell appeared on Chelsea Lately last night and Chelsea Handler grilled him on his gay roles. He had a part in the soap Dante's Cove and played a spin instructor on Queer As Folk.

"You've played a lot of gay guys in your career. So I just want to clarify that you are straight and want people to know not to hit on you if they're men," said Handler.

Replied Amell: "People can hit on me if they want to."