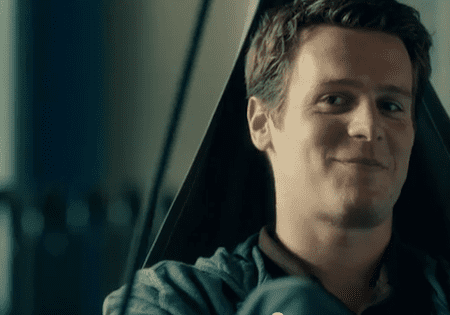 One of the surest signs of progress in 2013: Jonathan Groff, an out gay actor, who has already conquered the stage ("Spring Awakening"), and a hit television gig ("Glee"), is moving up to leading roles ("Frozen" and "Looking"). No one is complaining about it or suggesting that he shouldn't be playing a romantic lead in a Disney blockbuster! Not that anyone could make a convincing case against this engaging actor, his stellar pipes and the sly spark in his eyes, if they tried.

In person, at the Waldorf Astoria, where we sat down to talk about his role in FROZEN, the new Disney animated musical (it plays like a fusion of The Snow Queen and Wicked), he was less the intimidating STAR type than the charismatic 'boy next door'. He gushed about the opportunity to sing as a Disney character even though he only gets one song. It's a memorable comic duet… with himself; he plays a lonely mountain man whose only companion is a reindeer and he provides both voices.

NR: How many voices did you try out for the reindeer?

JONATHAN GROFF: We did a bunch and sort of landed on that one. I loved that! That was the most fun I had in the booth. Because, you know, you normally do the scene and the reader reads the line and then you read the lines. But to do the whole scene as myself as Kristoff and then Kristoff as Sven was really trippy and fun. 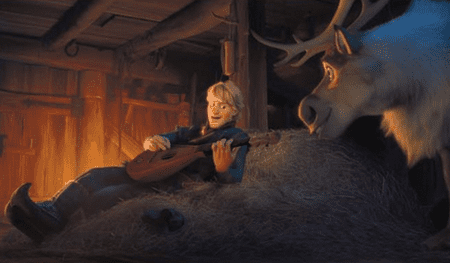 JG: Exactly. You really are just talking to yourself and playing a whole scene alone. It's like 'This is insane!' [Laughter]

Let's move back a bit and then jump forward to "Looking". I had a friend who described your role in Ang Lee's Taking Woodstock as an "elfen sex god" 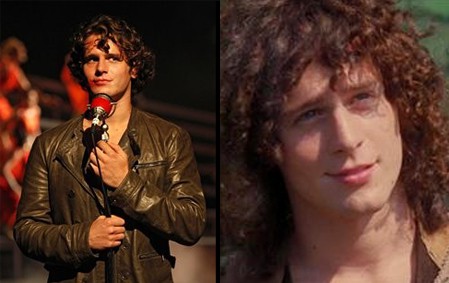 No, I don't! I don't think of myself in any way, shape, or form as a sex god. It's so funny when i was playing Michael Lang — I love "elfen sex god" as Michael Lang. That's so interesting –  I spent time with him, stayed with him up in Woodstock. I was just trying to capture his essence. I didn't think about — as an actor what I'm learning more and more as time goes on is that the process of being in something is so different then what it actually ends up looking like. In playing Michael Lang I was just trying to play that character. And then when I saw the movie I was like 'Oh wow, he's like this whole thing I didn't think about.' As an actor you're just trying to, like, play the scene.

Even in Frozen. you play the moment to moment and they rewrote it so many times and you see it the final product and you're like 'Oh wow. That's what it looks like in the end.' Especially In film and tv, you do all this work but it's so not your medium because other people put it together.

Which final product, then, surprised you the most?

Frozen, actually. It changed so much over the year and a half we recorded it. At one point I was a hoarder with my sleigh and all the relationships were different. To see it come together in the way that it has is so surreal. Your voice as a Disney character to start with! I just think the message of this movie is so amazing to be passed down: of knowing what's right and wrong and learning about love. The way love is addressed in this movie is so surprising to me when I saw it in the end and I feel so proud to be a part of that.

You're the lead in HBO's gay series "Looking" and you're also in the adaptation of the seminal AIDS drama "The Normal Heart" and you're out. So I have to ask…

Am I choosing on purpose? 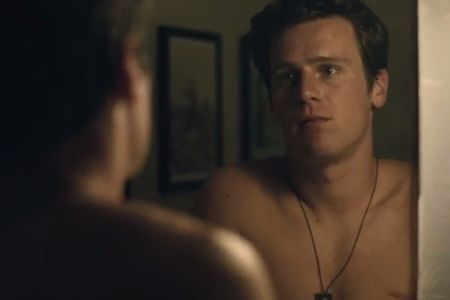 No, not so much that but when a TV series takes off, as "Looking" very well might, it can become so culturally powerful. Do you feel pressure to be some sort of figurehead at this point?

Not really. I feel like getting "Normal Heart" and getting "Looking"… It was the projects that excited me. The fact that both obviously are gay projects is an added bonus. Obviously being out, being gay, it means even more to me that I'm getting to work on projects like that.

Whether or not things are well received, I put my head down and do the work. That's been the way. My first Broadway show was called "In My Life" and it was a complete disaster and it was ripped apart in the reviews. And I saw how our company had to pull together and shut out the outside world to do the work. In "Spring Awakening" it was the opposite of that: greatest reviews, Tony Awards. And I saw, as well, that you had to shut out the outside view of what you were doing so you could do the best work. That was a really important lesson I learned early on. I'm aware of the importance that these are gay projects and of the fact that I'm out but when it comes to actually doing the work, I focus on the doing of the job, putting one foot in front of the other.

What's next for you?

I don't know. The show airs January 19th. After it airs, we'll find out if it keeps going.

Your life is on hold.

A little bit, yeah. We're having the best time. I was there yesterday in San Francisco. It's a blast. It's some of the most fun I've ever had on a job. I'm keeping my fingers crossed.