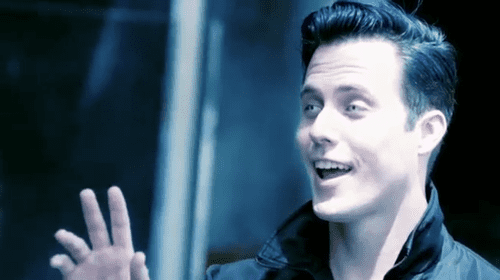 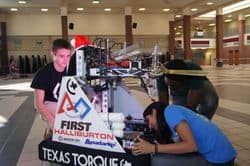 If I was to list my favorite part about the Thanksgiving holiday tradition in my family (excluding my mother's fantastic turkey noodle soup of course), it would have to be sitting in front of the TV watching the Macy's Thanksgiving Day Parade. This year though, I watched for a special reason, as a Houston-area high school robotics team created a robot that cut the ribbon during the official opening ceremony for the parade.

Nontraditional? Yes. Innovative? Absolutely. A sign of things to come? Perhaps. As technology's capabilities grow, so too will its integration into our everyday lives. But what if this tech becomes so advanced that it stops merely assisting the goals and functions of humans and instead starts becoming an active participant in the world around us? Imagine, if you can, a Thanksgiving dinner in the not too distant future where a life-sized, life-like robot is not only helping you set out the plates and silverware, but also sitting down with the rest of your family at the table, casually discussing its career, its memories from that year, even its hopes and dreams.

A robot with a conscious sounds pretty far fetched right? You might be surprised though with the possibility that this concept has more in common with actual science than science fiction.

Continue reading "Tomorrowland's Forecast: Spending Your Future Holidays with the Robot Relatives", AFTER THE JUMP…

The first step of creating an artificial mind or consciousness is to draft a blueprint of our own brain, an undertaking that has already began at the University of California, Los Angeles. On the first episode of the Science Channel's new six-part series Futurescape that aired last week, host James Woods dived into the Human Connectome Project, this colossal effort to map the connections between neurons that underlay all brain functions.

As the ethicist at the end of the clip states, however, developing conscious AI would also bring up complex questions about how humanity would react to these robots and may even cause us to question what it means to be human in the first place. After all, if this machine consciousness includes the ability to feel emotions and suffering, shouldn't certain rights be given to them? The right to be protected against cruel punishment or torture seems reasonable. But what about the right to property? Or, as James Woods entertains in the clip below, the idea that robots may one day even have the right to vote?

I'll admit that while the idea of consciousness ever being placed in a machine seems pretty fanciful, it's important to put our own planet's history of life into perspective. Many scientists postulate that our living, breathing, thinking species can be traced all the way back to a "primordial soup" of organic compounds that eventually gave rise to amino acids, the building blocks of life. And it goes without saying that this primordial soup had about as much consciousness as a bowl of my mom's turkey noodle soup. So somewhere along the timeline, self-awareness came into being.

Is it that much of a stretch to think that the same might be true for technology?