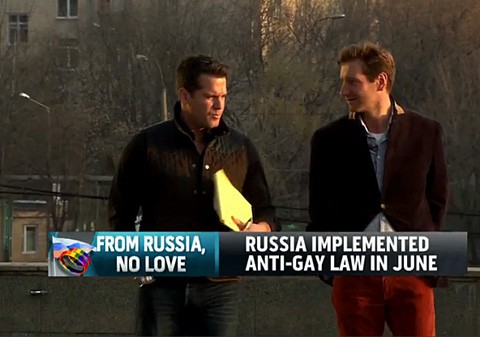 Thomas Roberts is in Russia for his hosting gig at the Miss Universe pageant later this week and has begun filing reports, his first with Anton Krasovsky, a Norwegian journalist who was fired last August after he came out as gay on live TV.

Roberts asked the emotional journalist about his motives for coming out and risking his livelihood:

"It's time to be open. I thought that it was my attempt to [reach out to] Russian gay people, to Russian people. To all Russian people. Because it's not about gay rights. It's about human rights." 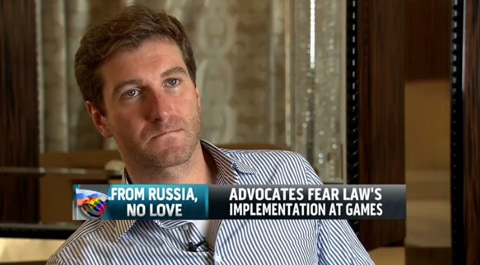 Previous Post: « Stephen Amell: Gay Fans ‘Can Hit on Me if They Want To’ — VIDEO
Next Post: Senate Adopts Portman Religious Exemption Amendment on ENDA »