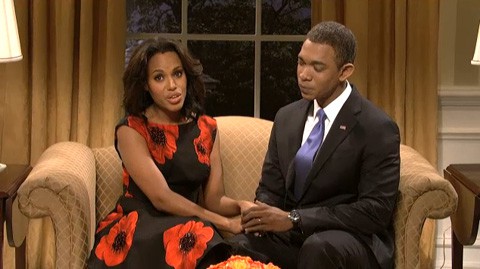 As we reported yesterday, the nonprofit organization ColorofChange.org wrote an open letter to creator Lorne Michaels denouncing the lack of African-American women (none since the departure of Maya Rudolph in 2007) cast on the show.

This skit, and the disclaimer which floated over it on the screen were how they decided to address it.

Was SNL's response appropriate? And can Kerry Washington please stay on? 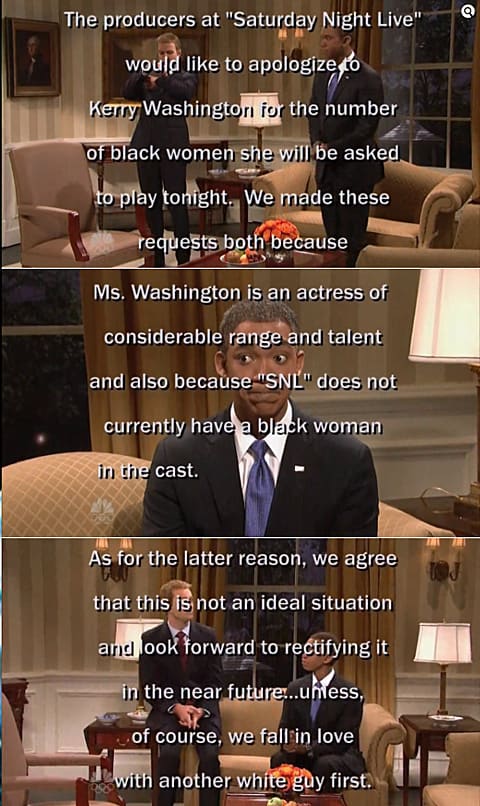