A new Winthrop poll out of South Carolina shows that attitudes toward same-sex marriage in the conservative state are shifting, The State reports: 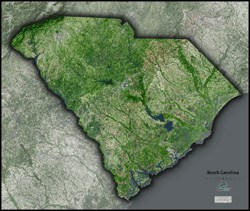 More than 52 percent of S.C. adults, polled by Winthrop, said marriages between same-sex couples should not be recognized by the law as valid, with the same rights as heterosexual marriages.

But nearly 39 percent said same-sex marriages should be recognized by law and carry the same rights as marriages between a man and a woman.

The paper looks at how things have changed:

In 2006, S.C. voters overwhelmingly approved a constitutional amendment stating that the only lawful, recognizable marriage in the Palmetto State is one between a man and a woman. The amendment passed, 78 percent to 22 percent.

A 2006 Winthrop Poll, taken before voters cast ballots on the constitutional amendment, had results in line with that outcome.