West Virginia Attorney General Patrick Morrisey has filed a motion to intervene and defend the state's ban on same-sex marriage in a lawsuit challenging it, the AP reports: 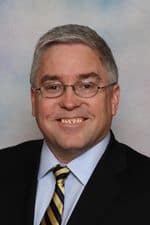 New York-based gay rights group Lambda Legal contends West Virginia’s Defense of Marriage Act violates the 14th Amendment of the U.S. Constitution. It filed a complaint in U.S. District Court in Huntington in October on behalf of three same-sex couples and the child of one couple…

…Lambda Legal argues West Virginia’s ban unfairly discriminates against same-sex couples and their children. In addition to its own ban, the state doesn’t recognize same-sex marriages that occurred in other states. The organization says its clients are denied the legal sanction, societal respect, financial protections and other support that marriage gives to heterosexual couples.

The plaintiffs are partners Casie McGee and Sarah Adkins, and Justin Murdock and Will Glavaris, all of Huntington, and Nancy Michael and Jane Fenton, of St. Albans, and their son, Drew.