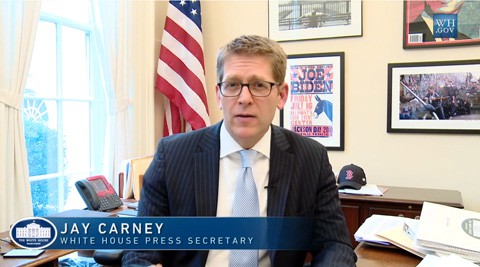 "Millions of Americans go to work every day afraid and fearful that they might lose their jobs because of who they are or who they love. That's not only unfair, it's contrary to the essence of what it means to be American. It's contrary to our values, and it's also bad for business," says Carney in the video.