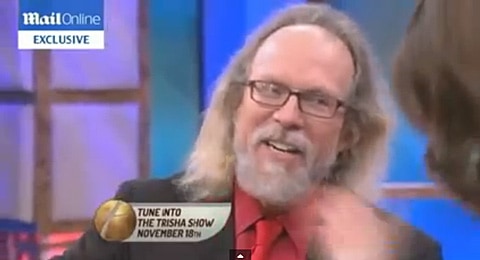 Back in September we posted an interview radio host David Pakman did with Craig Cobb, a neo-Nazi white supremacist with some crackpot theories, among them the assertion that the term "gay" was devised by the Jews as a way to oppress white people.

This week Cobb did a taping of UK tv host Trisha Goddard's show Trisha, in which she informed him that a DNA test had revealed he is 14% black:

A shocked Cobb grew wide-eyed and tried to recover behind a fixed smile as audience members roared with laughter. Cobb dismissed the findings as “statistical noise,” and refused to meet the host’s fist bump as she called him “bro.” Despite his “oil and water don’t mix” defense, questioning the test’s accuracy, Goddard told him to face facts: “Sweetheart, you have a little black in you.”