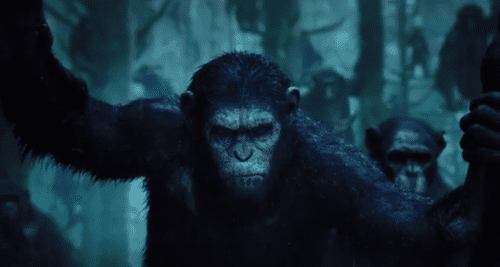 The debut trailer for the sequel to the 2011 smash hit Rise of the Planet of the Apes has arrived online and promises to bring more of that epic warfare with our evolutionary cousins to the table.

Dawn of the Planet of the Apes is scheduled for release on July 11, 2014 and stars Gary Oldman, Jason Clarke, Keri Russell, and Andy Serkis.