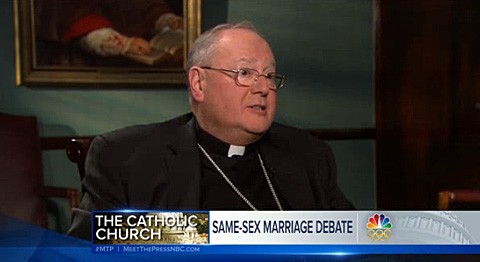 Cardinal Timothy Dolan appeared on Meet the Press on Sunday and was asked by David Gregory about the massive shift in attitude toward same-sex marriage.

Said Dolan: “I think I’d be a Pollyanna to say that there doesn’t seem to be kind of a stampede to do this. I regret that. I wish that were not the case.”

Gregory then asks him why that is the case: