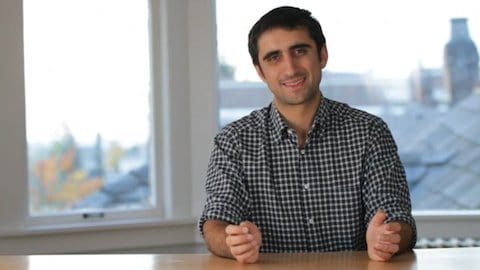 After Ed Murray was elected to mayor of Seattle last month, his position in the 43rd Legislative District state Senate was left vacant. State representative Jamie Pedersen ran for the seat more or less unopposed and as a result his seat in the state House has been filled by Cuban-American and Bill & Melinda Gates Foundation officer Brady Walkinshaw.

Wilkinshaw is now the fourth openly gay man in a row to be elected to the state House, with Pedersen before him being openly gay, as well as Pedersen's predecessors Ed Murray and Cal Anderson. On Wilkinshaw's platform were the advancement of gay rights as well as passing the Voting Rights Act, which failed the last time it was in Olympia. During the Q&A he noted that Yakima's seven-member citywide council did not have a single Latino representative despite Latinos comprising over 40% of the population, suggesting that Wilkinshaw could help usher in more cultural diversity among Seattle's lawmakers.