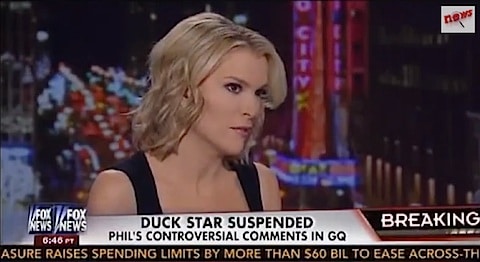 Megyn Kelly's FOX News panel debated the suspension of Duck Dynasty‘s Phil Robertson on Wednesday night, and Arthur Aidala and Monica Crowley sided against Bernard Whitman, outraged that Robertson would be suspended for saying what he believes.

Kelly took the side you might expect, probably relieved her 'Black Santa' remarks were being pushed aside for a new controversy.