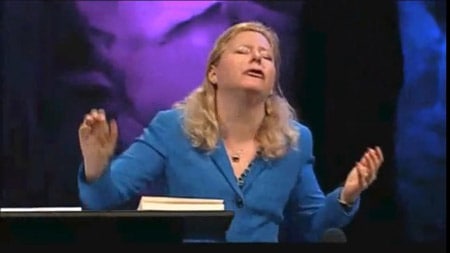 Wingnut Janet Porter, who in the past has warned that homosexuality is more dangerous to your health than smoking and even called a fetus to testify in committee on a state's abortion bill, weighed in on the Duck Dynasty controversy last week saying that Phil Robertson's reinstatement on the hit show is a "real game-changer" in God's plan to fight against homosexual rights. Right Wing Watch reports: 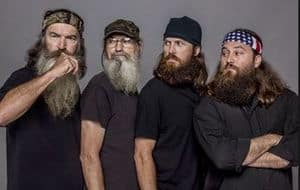 “This is the turning point, thanks to the courage of Phil Robertson,” Porter told CNSNews.com. “The tide has turned against the homosexual agenda, and the message is that the only way to keep our freedom is to use it.”

“What I saw happen for the first time in this debate is that Phil Roberston [sic] asserted his freedom and America stood with him. This was the biggest breath of fresh air since Chick-fil-A Appreciation Day,” she added, calling Robertson’s reinstatement “a real game-changer.”

“God uses the unlikely to confound the wise,” Porter added. “I love how God can use somebody – it doesn’t matter what area they are in. This guy chose duck hunting over professional football. He used his God-given talent to come up with a duck call that leads to the # 1 cable show and he suddenly has more prominence and influence and a bigger platform than any football star.

Porter went on to warn of the homosexual lobby’s efforts to “silence us with name-calling and threats” and urged Christians to continue speaking out in support of Duck Dynasty and against homosexuality.