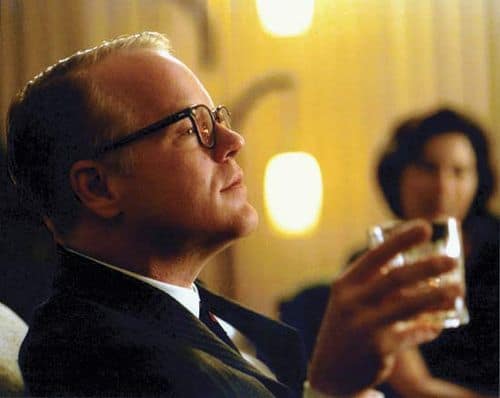 Mr. Hoffman, 46, was found in an apartment in the West Village around 11:30 a.m. by a friend who had become concerned at not being able to reach Mr. Hoffman, a law enforcement official said.

“It’s pretty apparent that it was an overdose,” the official said. “The syringe was in his arm.”

"We are devastated by the loss of our beloved Phil and appreciate the outpouring of love and support we have received from everyone. This is a tragic and sudden loss and we ask that you respect our privacy during this time of grieving. Please keep Phil in your thoughts and prayers."

Hoffman's critically-acclaimed performances number in the dozens and included star turns in Almost Famous, The Master, Cold Mountain, Empire Falls, Magnolia, The Talented Mr. Ripley, and many others. He won an Oscar for his 2006 role as Truman Capote in Capote.