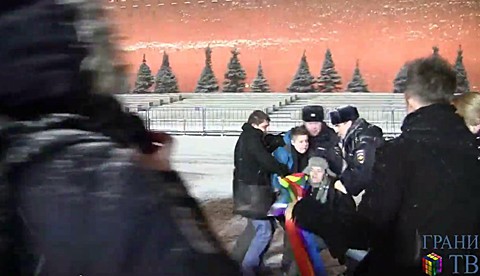 The International Committee appears to be absolutely fine with the detention and beating of LGBT activists that occurred yesterday as the Games opened, Buzzfeed reports:

“We understand that the protesters were quickly released,” Emmanuelle Moreau, the IOC’s head of media relations, said in an email to BuzzFeed. “As in many countries in the world, in Russia, you need permission before staging a protest. We understand this was the reason that they were temporarily detained.”