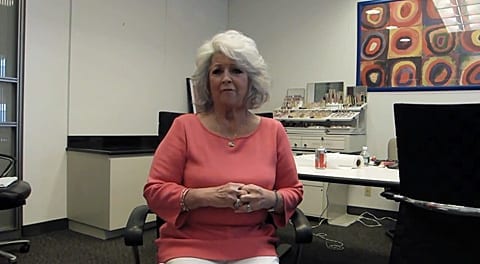 Paula Deen, who lost her Food Network television show and a number of endorsements over revelations that she used the N-word on a regular basis, compared herself to Michael Sam this week in an interview with People magazine:

Deen recently signed a $75 to $100 million business deal with an investment partner.

Previous Post: « Bill Donohue: Gays Can Still Get Hamburgers at Applebee’s So How are They Being Persecuted? — VIDEO
Next Post: Gay Former NFL Player Roy Simmons Dies at 57 »