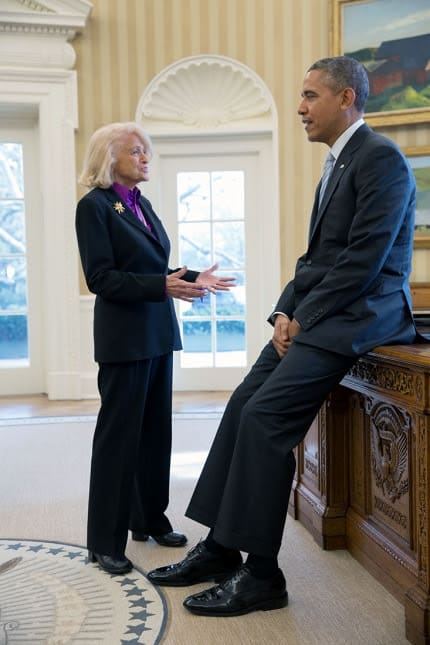 President Obama invited DOMA plaintiff Edie Windsor to the France State Dinner this week and thanked her in the Oval Office at a separate meeting, reports Valerie Jarrett on the White House blog:

"The thanks expressed by the President that day have been echoed by millions of Americans, including thousands of legally married couples who can now live their lives with greater justice and dignity – thanks to heroes like Edie Windsor who have been willing to stand up and fight for equality under the law."