Another former Florida GOP lawmaker is switching to the Democratic Party.

Rep. Ana Rivas Logan, like former Gov. Charlie Crist, says she is leaving the GOP because the party has become radicalized by the far right-wing. The Huffington Post reports: 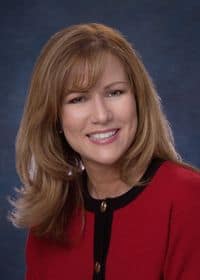 "The GOP of today is not the party I joined; it's not the party of my parents," Rivas Logan said in a statement. "It's a party that has been radicalized and held hostage by a group of extremists. It's a party that attacks women and minorities — and one that asked me, and my former Hispanic Republican colleagues in the Florida legislature, to turn on their own people by supporting extreme anti-immigrant policies. It's a party I was no longer proud to be a part of."

Rivas Logan served on the Miami-Dade County school board before heading to Tallahassee in 2010. She lost a nasty re-election primary in 2012 after redistricting shuffled her into the same district as another incumbent Republican. Miami-Dade GOP chair Nelson Diaz suggested her switch was motivated by a desire to regain office.

Crist tweeted his support for Rivas Logan's switch, "Bienvenida @anarivaslogan to the Democratic Party! Glad you are here my friend."