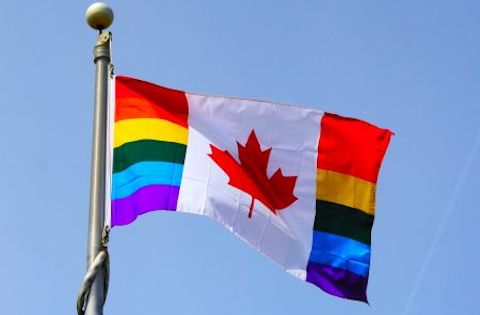 Cities all across Canada are flying the rainbow Pride flag from government buildings to show support for LGBT athletes for the Olympics and to protest the anti-gay laws and abuses enacted by the Russian government. Though there is widespread support, there are a few dissenters in the mix. As we pointed out the other day, crackhead Toronto Mayor Rob Ford ordered the flag taken down, a decision that was overturned after a meeting with city councillors.

Then there was a constituent in Ottawa, Twitter handle "Awe Some, @Awesomely11", who called Mayor Jim Watson's decision to fly the flag "a stupid waste of time" and that by doing so Watson lost his vote. Watson's response to the disgruntled constituent was right on: