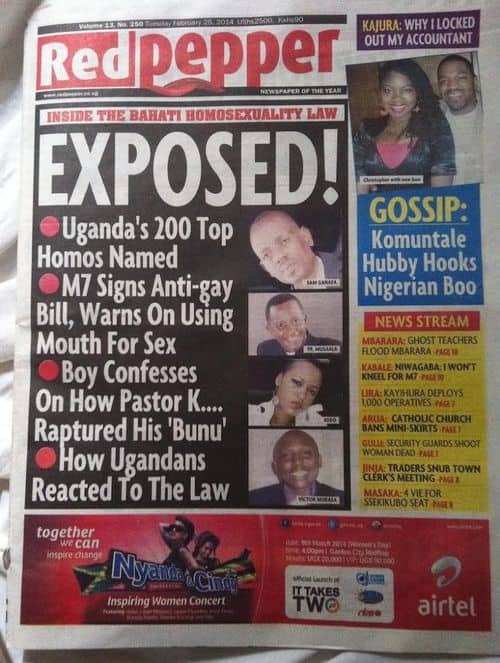 It is not the first time the tabloid has done it. Back in October 2010, another tabloid published a similar list and called for death to those listed, inspiring documented attacks on many of those named in the article. It sent many others into hiding.

The consequences for those named in the current list could be far worse given the provisions of the draconian bill Museveni signed this week into law.

The list included prominent Ugandan gay activists such as Pepe Julian Onziema, who has repeatedly warned that Uganda's new anti-gay law could spark violence against homosexuals. A popular Ugandan hip-hop star as well as a Catholic priest are also on the list.

Few Ugandans identify themselves publicly as gay, and the tabloid's publication of alleged homosexuals recalled a similar list published in 2011 by a now-defunct tabloid that called for the execution of gays. A Ugandan judge later condemned the outing of homosexuals in a country where gays face severe discrimination, saying it amounted to an invasion of privacy. A prominent Ugandan gay activist, David Kato, was killed after that list came out, and activists said at the time that they believed he was targeted because of his work promoting gay rights in Uganda.

And if you care to be sick to your stomach, you can read the full text of Museveni's speech at the signing of the bill HERE. 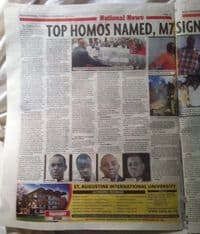 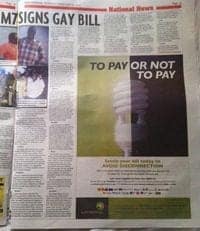 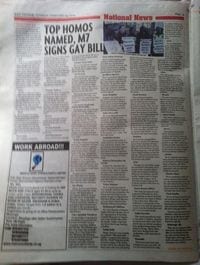