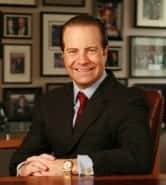 Woodfill campaigned heavily on social issues, staging a “Stand for Marriage” press conference a day before the primary in response to a federal judge’s decision striking down Texas’ bans on same-sex marriage. The press conference was billed as a rally against “sodomite” marriage and a “would-be dictator” judge.

Said Parker of the attacks:

"Mr. Woodfill is a little like a windup doll. I say something and he goes on TV and says this is something I planned. It’s part of my grand agenda to promote gay rights…You don't commit 23 years of your life to someone to make a political statement…I took four days off. I had to leave my home state and make a little wedge of time to marry the woman I love. They can get over it."