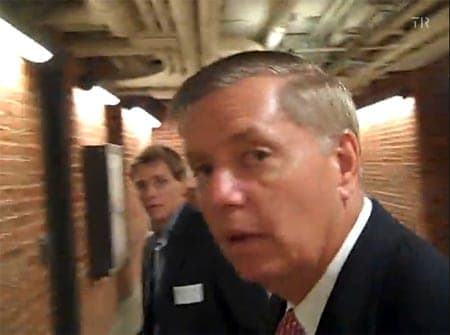 Dave Feliciano, a former police officer from Spartanburg, SC with no political background, plans to challenge Lindsey Graham for his Senate seat in November. Feliciano showed up to a news conference that three other Graham opponents were holding at the statehouse yesterday and signed a pact to support one another against Graham, The State reports: 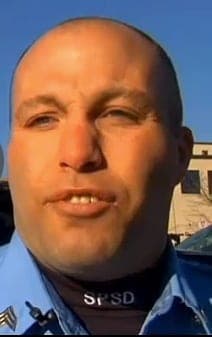 The pledge says: "We, the undersigned genuine conservative Republicans, agree to endorse whichever one of our fellow signers advances to the run-off election against incumbent Senator Lindsey Graham following the South Carolina Republican primary election for the U.S. Senate on the 10th of June 2014."

But it was Feliciano's statement at the podium that made headlines:

Feliciano said, "It's about time that South Carolina (says) hey, We're tired of the ambiguously gay senator from South Carolina. We're ready for a new leader to merge the Republican Party. We're done with this. This is what it's about, all of us coming together and saying, one way or the other, one of us is going to be on that ballot in November."

Gay rumors have followed Graham throughout his career. He was asked directly about them in 2009 and dodged an ambush reporter. In a 2010 interview with the NYT he addressed them directly:

'Like maybe I’m having a clandestine affair with Ricky Martin,' he said. 'I know it’s really gonna upset a lot of gay men — I’m sure hundreds of ’em are gonna be jumping off the Golden Gate Bridge — but I ain’t available. I ain’t gay. Sorry.'