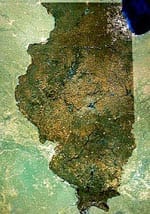 Bernard Cherkasov, CEO of Equality Illinois, the state’s oldest and largest advocacy organization for lesbian, gay, bisexual and transgender Illinoisans, said so-called “conversion therapies” for youths pretend to supposedly “cure” people of being gay, but have actually proven to be very harmful and are actively opposed by leading mental health and medical professional groups.

“This bill would ensure that the most vulnerable individuals, those already struggling in the face of homophobia and transphobia, are not targeted and subjected to a practice that medical practitioners deem harmful and inappropriate,” Cherkasov said.

The measure would prohibit mental health providers from engaging in any effort to change the sexual orientation of anyone under the age of 18. The bill’s chief House sponsor is state Rep. Kelly Cassidy.