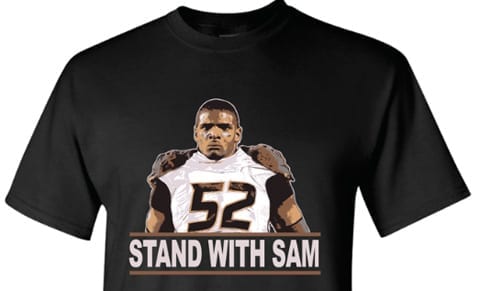 Michael Sam has opened an online shop ahead of the NFL draft featuring a variety of 'Stand with Sam' apparel, he announced via Twitter on Friday. "A portion of the proceeds of all Michael Sam gear will be going to at-risk youth in the St. Louis area," according to Sam. It's unclear at this point how big a portion.