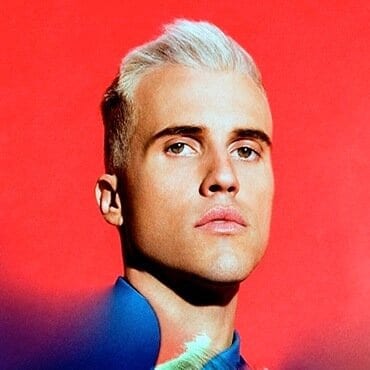 Glenn says he's known he was gay since he was a young child, but kept his sexuality a secret — until now. "I had my crushes on guys throughout high school, but it was never an overwhelming thing until my twenties," he admits. "Then I'd be dating girls and in love with my straight friend and it was the worst feeling in the world." (Read the full feature on RollingStone.com tomorrow, March 25th).

"We were always taught, and I hate this word, 'tolerance,'" he says, regarding his church's stance on homosexuality, which is notoriously fraught. "The only time that felt different was when the Prop 8 thing came up," he says, referring to when the Church of Jesus Christ of Latter-day Saints spent an estimated $22 million fighting same-sex marriage in California in 2008.

"Yes. I am a happy and healthy Mormon gay pop star. I don't know what it all means, but I'm ok with it. "