In a groundbreaking decision, a panel of the U.S. Department of Health and Human Services announced on Friday that it was lifting the ban on Medicare coverage for gender reassignment surgeries, the AP reports: 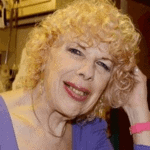 Ruling in favor of a 74-year-old Army veteran whose request to have Medicare pay for her genital reconstruction was denied two years ago, the agency's Departmental Appeals Board ruled that a three-decade-old HHS rule excluding such surgeries from the procedures covered by the national health program for the elderly and disabled was unjustified.

"Sometimes I am asked aren't I too old to have surgery. My answer is how old is too old?" the veteran, Denee Mallon, of Albuquerque, New Mexico, said in an email interview before the board issued its decision. "When people ask if I am too old, it feels like they are implying that it's a 'waste of money' to operate at my age. But I could have an active life ahead of me for another 20 years. And I want to spend those years in congruence and not distress."

More at the AP…

"The dominos of discrimination against transgender people are falling rapidly. Today’s ruling that transgender Medicare patients should have access to the medically necessary care their doctors prescribe, including transition-related surgeries, is a truly historic victory in the long struggle for full and equal access to medically necessary health care for transgender people. We know all too well the financial and social barriers transgender people experience in accessing the care they need, including a majority of transgender people being excluded from fully-inclusive medical coverage because of their gender identity. “While this is just the latest and one of the most significant wins we’ve seen out of the Obama administration, we know there is more to come. Having an independent medical review board determine that transgender people deserve access to the medical care their doctor recommends affirms what we already know – that transition-related care bans are designed to discriminate against an already marginalized group of people. We commend the Obama administration for its efforts and look forward to continuing the work of removing transition-related care exclusions from all health policies across the country.”