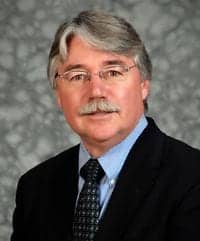 On Friday, Lambda Legal denounced Indiana Attorney General Greg Zoeller [pictured] for appealing a court ruling ordering the state to recognize the out-of-state marriage of Niki Quasney and Amy Sandler and protect Sandler’s rights to care Quasney, who is near death from ovarian cancer.

“This is a shameful display of cruelty towards a loving couple with two children whose marriage is vital as they battle an aggressive cancer and fight to be together,” said Camilla Taylor, Marriage Project Director for Lambda Legal. “This is one family in all of Indiana. Their marriage doesn’t harm anyone in Indiana, it simply protects them and their children.”

The Indiana attorney general's office said in court documents that recognition of the couple's marriage now could raise false hopes for others because courts might eventually uphold the state's gay marriage ban.

"The traditional definition of marriage has been around for a long time. Its validity is hotly contested, but the outcome of these legal disputes is uncertain," the state said in its request for a stay.

[U.S. District Judge Richard] Young's order "cannot conclusively resolve the legality of same-sex marriages," the state said, and added that the best course of action would to be to wait for a final decision.